Do you need Pest control treatments in Ipswich

Get a General Pest Control Treatment in Ipswich which is
fast, safe and effective against pests!

Supermarket DIY Pest Treatments not being as effective? It's time for professional Pest Treatment to get on top of unwanted pests around your home.

Every homeowner is familiar with the problems that pests create in their home. Besides the embarrassment and disgust factor that comes with them, pests also represent a considerable health risk for your family members. In fact, through the world household pests have been responsible for transmitting diseases like Meningitis, Salmonella, E.Coli and even the Bubonic Plague. But unlike rats, fighting against insect pests is considerably more tricky and requires a comprehensive pest control treatment plan. Unless you are using the services of a professional pest control service your efforts will most likely be unsuccessful.

That's why we offer an effective annual general pest control treatment Ipswich that will protect your home from spiders, cockroaches, and ants. Unlike the competition, we understand that sometimes getting rid of bugs requires something more than just sealing your house and fumigating it. Which is why we use a comprehensive approach to fight insect pests, both inside as well as outside of the house. Pests may be hard to spot, but our services will ensure that they'll stay away from your home and family.

Most people know how harmful rats are for human health, but few of them understand just how dangerous insects can be. While rats carry dangerous bacteria and diseases, at least they tend to stay away from humans whenever they're in the room. Though they're feces, urine, and the parasites they carry with them are filled with diseases, they are not likely to bite a person. But insects like spiders and cockroaches are much smaller, which makes it easy to bump into one of them when you're searching through a cabinet, or a drawer.

These insect pests carry germs all over their body which are harmful to humans, and specially dangerous for small children and babies. That's why a thorough Pest Treatment should be at the top of any homeowners concerns, and you should only contact qualified personnel to take care of this issue.

Our pest control treatment  ipswich works because we target specific species, instead of limiting ourselves to fumigating your house with a generic insecticide spray. This way you are guaranteed to get rid of your pest problem, while at the same time saving money in the long run.

When it comes to diseases and health hazards ants are some of the most innocent pests you'll find in your home. However, just because they aren't dangerous doesn't mean they're not a problem. Ants are extremely social animals, so if one enters your house the chances that you'll soon be invaded by a colony of hundreds, or even thousands of them is very high. Once they're settled, they will pray on anything that they can use as food, whether it's in your garbage, refrigerator, or even destroy your furniture and walls.

Our Pest Control Treatment focuses on finding and targeting the Ant colony. Most ant species will form their colonies in your backyard, which is where they can dig them deep underground. To offset them, we treat both inside and outside or your house.

As veterans in our trade, we know how to get rid of even the most difficult species. 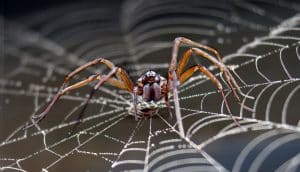 Spider are one of the most dangerous insects you can have in your home. Instead of eating your garbage, these tiny insects prefer to hunt their prey with toxic venom. Most of them aren't fatal to a human being. Although depending on their species they can trigger asthma attacks, nausea, and even skin death (necrosis).

Fighting spiders is tricky, because some don't use their legs to eat (Eg Huntsman). The best way to get rid of spiders is to remove their food source. Our Pest Control Treatment focuses on killing the Spiders' source of food. By getting rid of small insects we starve the spiders out of your house and treat inside with pesticide spray. 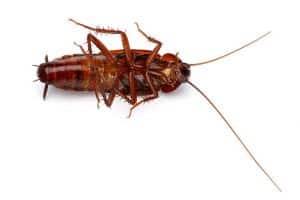 Cockroaches are one of the worst pests that can be found inside any home. They are known to spread over 33 different types of bacteria and can even trigger Asthma attacks in children. Houses dealing with a cockroach invasion are also more prone to suffer cases of Diarrhea, Salmonella, and even Food Poisoning. Which is why it's critical for your family that you deal with these creatures in the most effective way possible.

Cockroaches' resilience is legendary, as many disappointed homeowners can attest to that. We know that simply spreading insecticide won't solve your roach problem in the long run. We do a comprehensive Pest Treatment to your home. While at the same time making it an environment that is unwelcoming for them. This includes eliminating any source of food or shelter inside your house, or in the backyard. Our goal is to seal your house and make it as unattractive as possible for any cockroaches.

Believe it or not most insects prefer to live outside rather than inside your house. Only occasionally they will venture into your home while they are looking for food. The problem is they'll usually stay there for as long as they can keep finding it. The frequency with which you'll find these insects vary from season to season. Peak times are spring and summer, during winter they move in your house to get shelter from the cold.

To maximize the efficiency of our Annual General Pest Treatment in Ipswich we focus on treatments during the warmer season. At the same time we make sure to isolate your house for the winter. This involves sealing any entry into the house. As well as depriving your backyard of places that could offer them shelter and food resources. The few bugs that survive outside will have to seek shelter somewhere else. Helping you and your family enjoy living on a home that is pest-free. Call us on 1300077133 for a fast quote and to arrange a general Pest Treatment appointment time.

Our Pest Control Treatment is available in Brisbane, Logan, Ipswich and The Gold Coast

Other pest services in Ipswich.